Cadets and survival training and my very first awakening

In my early teens, I joined the Navy Cadets, as my father kind of ‘encouraged’ me to ‘enlist’, because he believed I needed more discipline in my life. I was very much a dreamer… I was also quite smart, just not that organized. He thought Cadets would help, so I spent some three years in the Navy Cadets from 13-16 approximately. I liked the social aspect of it, but not so much the order taking aspect, so I could kiss my military career goodbye…Thank God!… I would have to confess that I did enjoy the two summer camps, for the intense learning of new disciplines, like sailing, compass, survival training, and I was truly initiated to the fairer sex at this time.

At sixteen, I got some contact lenses after suffering in class, sitting in the front to see the blackboard. This allowed me to start noticing that I too, was being noticed by the gentler kind, and my dating life started then also. I did enjoy the company of woman more than men, and mostly still do in general. I prefer the deeper conversations, their empathy or emotional intelligence and the occasional flirting, and sometimes more whilst uncoupled. I also hooked up with my first real teenage gang/friends. In my third and especially fourth year of high school, I truly did come of age, in so many respects. 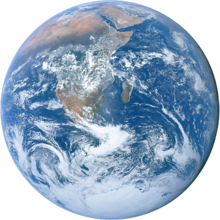 I also began being concerned for the health of the Planet and started to see beyond my ego, and its desires and wants, to the needs of Gaia. I think that was the time when I really understood what morality and ethics were. It also was the beginning of my questioning of just about everything I had been taught, from religion to history and even science. For example, a question I pondered was how can 7 billion plus humans and growing keep increasing their material wants, needs, desires and actual consumption of products while inhabiting a FINITE planet? Easy answer, they couldn’t.

So then I was really starting to study and digest tons of materials on the Environmental issues, like Climate Change, water pollution, and the oil problem. One of the first books on the subject I read was Limits to Growth a 1972 book about the computer simulation of exponential economic and population growth with finite resource supplies were Donella H. Meadows, Dennis L. Meadows, Jørgen Randers, and William W. Behrens III. Its conclusion was quite terrifying in that we could not grow indefinitely at least not materially.

This began my activists days, which we will explore in part 4 next week.

I will finish with a few pertinent quotes including one of my own.

“People don’t need enormous cars; they need admiration and respect. They don’t need a constant stream of new clothes; they need to feel that others consider them to be attractive, and they need excitement and variety and beauty. People don’t need electronic entertainment; they need something interesting to occupy their minds and emotions. And so forth. Trying to fill real but nonmaterial needs-for identity, community, self-esteem, challenge, love, joy-with material things is to set up an unquenchable appetite for false solutions to never-satisfied longings. A society that allows itself to admit and articulate its nonmaterial human needs, and to find nonmaterial ways to satisfy them, would require much lower material and energy throughputs and would provide much higher levels of human fulfillment.”

― Donella H. Meadows, The Limits to Growth: The 30-Year Update

“My very first initial awakening to something so much greater than each of us, was when I realized that we all had rights, deserved them, fought for them, but we also needed to have responsibilities associated with these rights, which in my view wasn’t common especially for corporations and how they walked upon our Earth”

2 thoughts on “Deep ecology and my initial awakening (pt 3)”

This is a text widget, which allows you to add text or HTML to your sidebar. You can use them to display text, links, images, HTML, or a combination of these. Edit them in the Widget section of the Customizer.
Loading Comments...
%d bloggers like this: