This is spot on, and good reporting, thanks John! Rebloging! 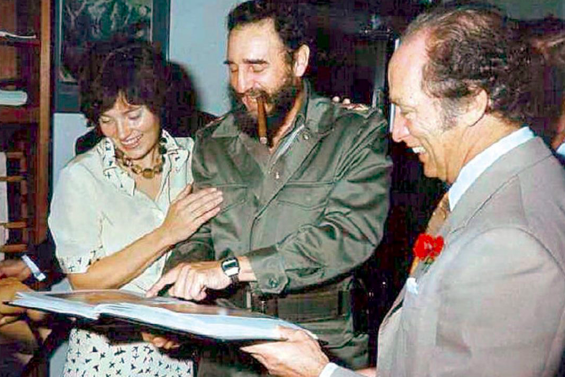 above, Margaret Turdeau was a slut)

Karen Leibowitcz:“In the age of sloppy journalism, few authors are sloppier than those who claim they ‘debunked’ the story that Fidel Castro is Justin Trudeau’s biological father. They recite the Canadian governments’ official travel dates to Cuba and painfully avoid the Trudeaus’ extensive personal trip to the Caribbean trip in Spring 1971. It is a fact the Trudeaus were in the Caribbean in Spring 1971. They adored Castro It is a fact the Trudeaus were swingers. This is what you need to know.”
Justin’s eulogy on Castro’s 2016 death-“Fidel Castro was a larger than life leader who served his people for almost half a century. A legendary revolutionary and orator, Mr. Castro made significant improvements to the education and healthcare of his island nation.”